Cannon’s is one of the few venues for Western food in Gaobeidian, and as of August 2017, also on Xingfucun, both venues dishing up rich American cuisine that wouldn’t be out of place in a food montage from the film Fried Green Tomatoes. Run by a husband-and-wife team who want to spread the gospel of soul food in Beijing, start your redneck culinary journey with their double deluxe cheeseburger (RMB 46). End the meal with a pecan pie (RMB 25) or a slice of cheesecake (RMB 20).

This place has gone downhill fast

This place was very good when it first opened but has gone downhill.

I have sympathy for the owner who I heard is out of the country due to family issues. Even so, it seems nobody competent has been left in charge.

The menu has shrunk, the buns are stale and fall apart in your hand.

The staff seem to have replaced the sound of classic rock and roll with the noise of their TV shows they are watching on their mobile phones... most annoying that they are not only inattentive but annoyingly noisy.

Mostly, they sit outside on the steps smoking cigarettes... Not an advert for a restaurant you would want to eat at

Burgers as it should be - BEST

I had been to the Cannon's joint on Xingfucun with my son a few times. Though its price was not friendly compared to their competitors, their burgers were dang tasty. After the first few bites, my son would say the burgers was "lips smacking good".

Go try Cannon's burger once even for its crazily priced burger.

Forgoing our usual Qmex, Let's Burger and Great Leap burger-fix locations, we decided to try Cannon's. Very disappointed - if a burger were RMB 20-30, then worth the occassional visit. 60+ for a burger and 30+ for a beer certainly overpriced.

A tale of two restaurants 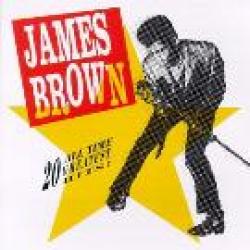 We had intended to leave a good review after a great experience at their Xingfucun location, where the food is tasty and the service great.

Then we made the mistake of trying to find their Gaobeidian location. What a joke! The location map on this page is completely wrong, and the staff utterly unhelpful when we called. We added Will, the owner, as per his own instructions under the article on TBJ from last year, to try to help us, and more than 24 hours later he still hasn't added us. After more than an hour and two cab fares wasted chasing the pin on the map, we finally turned up to the uncomfortably cold, empty restaurant to see sullen, unwelcoming staff who didn't even acknowledge us when we walked in.

The Gaobeidian location is in no way similar to Xingfucun where the staff wear uniforms and the place is nicely decorated like a diner. At Gaobeidian the decor is plain white and the staff were huddled up in their coats! The food was nowhere near as good as it is at Xingfucun - the burgers were not as tasty and the fries were dry and tasted like they were made from old potatoes.

Great experience at Xingfucun, extremely disappointed by Gaobeidian and the overall service received from Will and his staff.