Urban Hiking: Celebrate the National Day Holiday With These Historical Walks Through the Heart of Beijing

Beijing is not known for being especially pedestrian-friendly, but that doesn’t mean that there is a shortage of historical strolls on which to stretch your legs and broaden your knowledge of our fair city. These three long urban hikes will get you off your Mobike and out of your Didi to take a fresh look at Beijing from ground level. 1. The Imperial City Loop (in red on the map above)

Less well known than the massive fortified walls that once enclosed old Beijing, or the mysterious red ramparts which surround the Forbidden City, the Imperial City Wall demarcated an area in the center of the capital and included the palace, its environs, and several former imperial gardens and temples. The Imperial City Wall came down in the early 20th century, not long after the end of the Qing Dynasty, and so is sometimes forgotten in discussions of Beijing battlements and barricades. This is also a loop hike, so walkers can start from any point, although two suggestions are Tiananmen West (Line 1 Metro) or Nanluogu Xiang (Line 6/Line 8). Starting from Tiananmen West, head north along Nanchang Jie (the road between the Forbidden City and Zhongnanhai). Zhongnanhai was once one of the imperial gardens but in the 20th century became the exclusive realm of the country’s leaders and their families. Follow Nanchangjie to the west gate of Zhongshan Park and enjoy a leisurely stroll before exiting via the east gate. Cross in front of the Forbidden City to the west gate of the former Ancestral Temple for the emperors (now known by the charming moniker “Workers’ Cultural Palace”), out the east gate, and north along Nanchizi and Beichizi until you get to the northeast corner of the Forbidden City and the southeast corner of Jingshan Park. Enter Jingshan Park, climb the hill (it takes only five minutes, and on a clear day, it’s more than worth it), and exit the park through the west gate. From here, head due west and enter the east gate of Beihai Park and walk along the eastern shore to the north gate. Exit through the north gate and then head east along Dianmen as it cuts between Beihai and the Shichahai lakes (Qianhai and Houhai). Continue past the south entrance of Nanluogu Xiang and its adjoining Metro station and then head south along Beiheyan and Nanheyan. The park in the middle of this street is the location of the eastern section of the old Imperial City Wall. You can follow this park all the way south until it reaches Chang’an Boulevard, at which point head west on Chang’an Boulevard to take you back to Tiananmen Square, ending your walk at the Tiananmen East Metro.

2) The Central Axis (in blue on the map above) The Central Axis hike is another path that tracks a famous feature of Beijing’s urban landscape – an invisible line from the Yongding Gate through the heart of the city to the Drum and Bell Tower. The walk itself is about 9km in total (about four hours) as a straight shot, but the beauty of this walk is the number of famous sites passed along the way. Starting from Yongding Gate, highlights in the first half include the western gate of the Temple of Heaven, the Qianmen Pedestrian Mall, and Tiananmen Square. Ambitious walkers can continue into the belly of the beast by buying a ticket and following the axis through the heart of the Forbidden City and out the back door. The trail continues over Jingshan and then up Di’anmen Outer Street to the Drum Tower. Uber-ambitious walkers can continue another 6.5km north from the Drum Tower to where the Central Axis forms the heart of the 2008 Olympic Green.

Unfortunately, some detours will be necessary. It’s not possible at the moment to enter Tiananmen Square from the Qianmen Gate. Walkers will need to travel east or west of the square through a checkpoint and enter the square from the side. Once inside the square, continue via the underpass to the Forbidden City or skip it by following the moat around the outer walls of the Palace before heading to Jingshan Park. Jingshan will require yet one more detour, as the north gate is not currently accessible. Once you’ve ascended the hill and stood at the geographic center of the city, exit through either the east or west gate of the park and then head north along the outer walls to Di’anmen Inner Street. Follow Di’anmen Inner Street north to the Drum Tower. Credit for this one goes to longtime Beijing resident Brian Eyler, who used to lead his students on an annual circumambulation of the Second Ring Road. The whole circuit takes about nine to 10 hours with a stop for lunch somewhere along the way. Directions are simple: pick a stop anywhere along the Line 2 Metro and just follow the Second Ring Road. This walk is more of a “sorta-circumambulation” as the best route swaps out the actual Southern Second Ring for one of two possible detours. The first is to travel down Chang’an Boulevard, Beijing’s main thoroughfare that features some monumental – some would say brutalist – state architecture and passes just to the north of Tiananmen Square. Note this route will require trudging through the security checks in front of Tiananmen and lines can be long during peak periods. The best time to take the Chang’an route is in the evening (after sunset). The other option is to walk along the former Ming Dynasty Wall Park and Qianmen Avenue, tracking the southern extent of the wall separating Old Peking’s “Tartar” (Inner) and “Chinese” (Outer) cities.

Jeremiah Jenne is a writer, educator, and historian based in Beijing since 2002. He is the proprietor of Beijing by Foot, a company which leads heritage walks and educational programs around the city. You can find him on Twitter @JeremiahJenne. 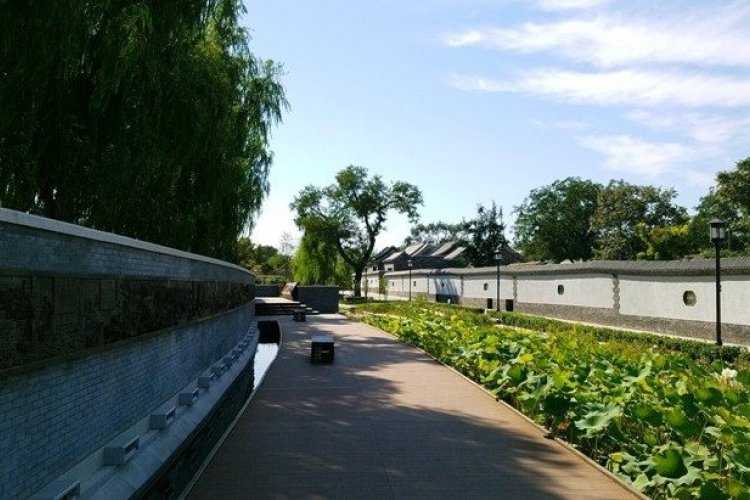 Walking the City: A Guide to Exploring Beijing by Foot 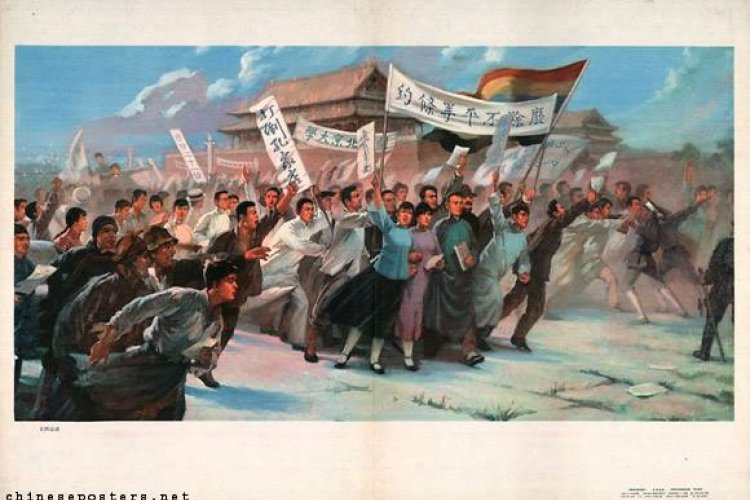 Walk and Talk the May Fourth Movement on Saturday with... 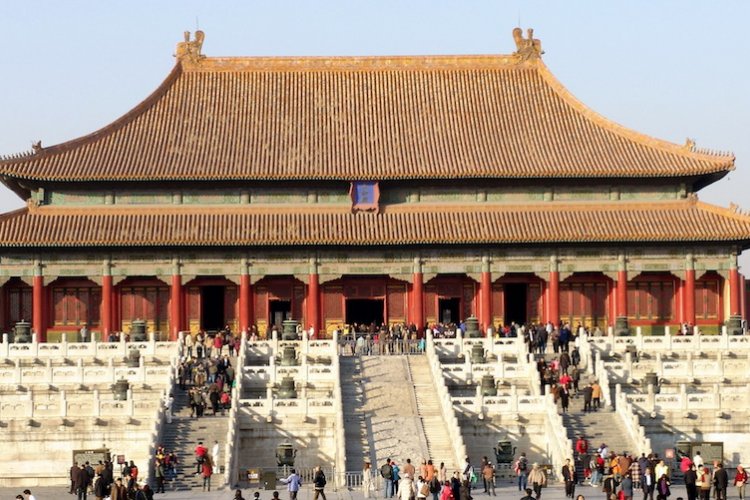 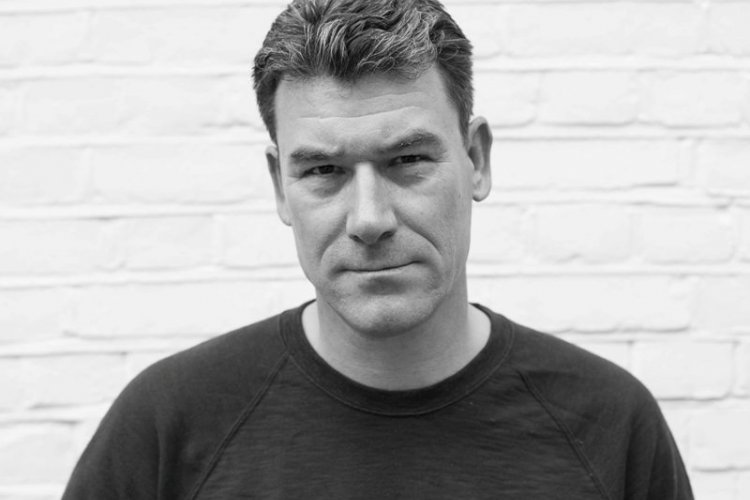 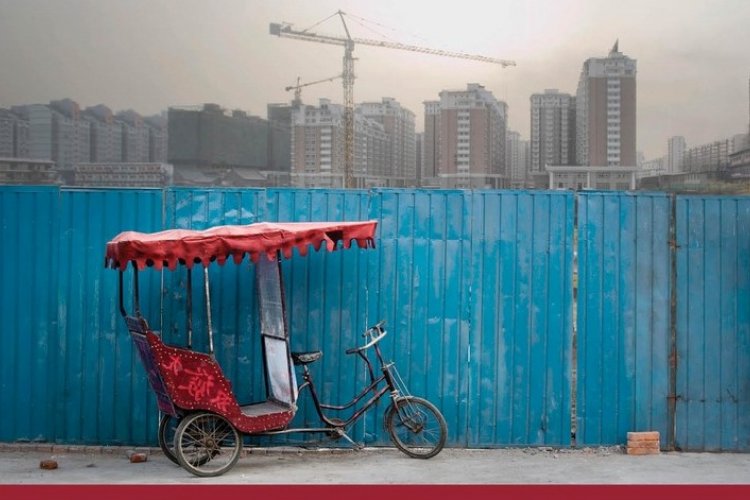 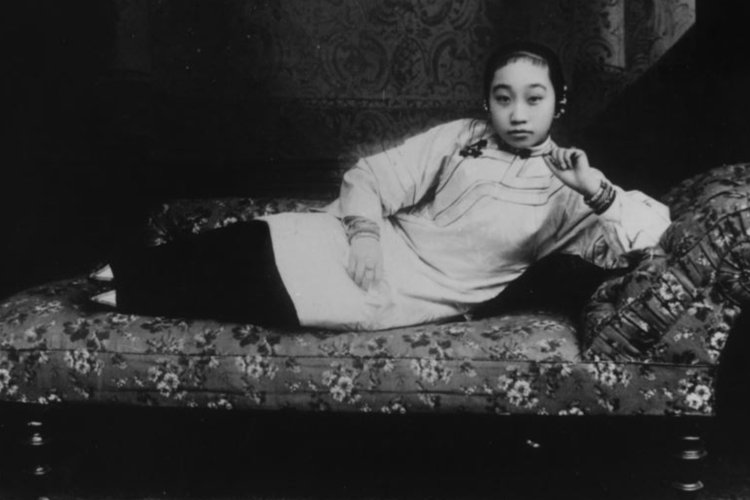 Smoking, Swilling, and Working: New Tour Sees the Women of...

Hottest Blog Posts
Coronavirus Count: Beijing's Latest Contamination Figures, News, and Advice (112977)
Beijing Under Quarantine: Different Strokes for Different Folks (4493)
[UPDATED: Feb 17] 2020 Beijing Bar and Restaurant Opening Hours (3351)
You're Grounded, Beijing: These Airlines Have Called it Quits Over the Coronavirus (3066)
Beijing's Hotel Business Gets Smacked Down Again, This Time With Quarantine Rules (2046)
A Long Road Ahead for Beijing's Bars and Restaurants, but "People Need to Eat" (1673)
Don't Panic! Surge in Confirmed Cases Effect of Revised Diagnosis Criteria (1668)
Love in the Time of Corona: Businesses Bring Valentine's Day to You This Year (1520)
Can Masks Protect You From the Coronavirus? (1334)
Hazy Days: Your Complete Guide to Pollution in Beijing (873)
END_OF_DOCUMENT_TOKEN_TO_BE_REPLACED